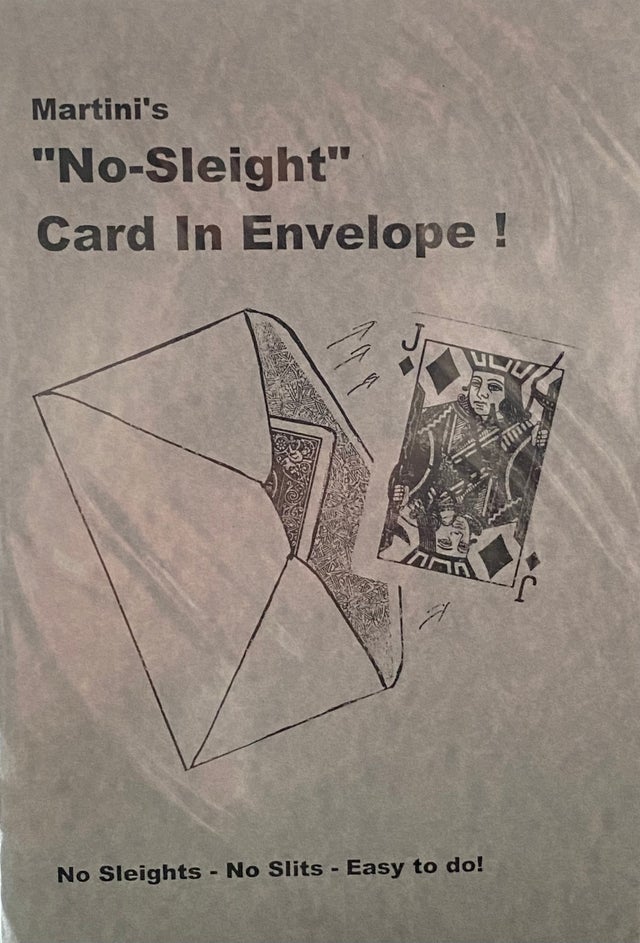 No Sleight Card in Envelope

What is Martini's No Sleight Card in Envelope?

You remove an ordinary envelope from your pocket, and opening the flap show that there is single card inside, It is your prediction. A card is then freely selected (no force), signed, and returned to the deck. Shuffle deck. Magician states he can find the card as he spreads the cards facing himself.

This gets a laugh since the card is signed, but he places a card face down on the table and declares "that is the selected card!" Spectator turns card over but it is not theirs.

Magician picks up the envelope, opens the flap and very openly slides the previously shown card out. It is the card that the spectator has selected and signed. The card, deck and envelope can be examined till the cows come home.

Clean, easy to do, no sleights, and ideal for walkaround performers. No slits in the envelope, it can be examined. No double face, or double backed cards.